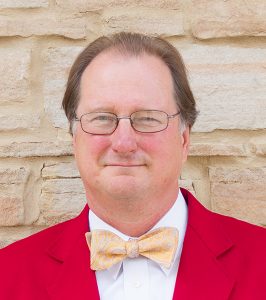 It is with both sadness and happiness that we announce Mark D. Hill’s retirement from UW-Madison and the beginning of a new chapter as Professor Emeritus. We congratulate Mark on a fruitful and successful tenure at UW, having been here for, as he notes, “100000.1two years (32.5ten years).” He will be sorely missed in the department and the university, even as we look forward to when our paths next cross.

In addition to his many achievements, some of which are detailed below, Hill has brought kindness and collegiality to his students and departmental staff, as well as to faculty both inside and outside the department. Hill has sought to make his research accessible to people who don’t have a deep understanding of computer science, and he has a firm grasp on practical applications. For example, his “Amdahl’s Law in the Multicore Era” began as a few spreadsheet equations and went on to be selected as one of the seven most influential papers from the first 50 years of IEEE Computer magazine.

Hill came to the UW-Madison Computer Sciences Department in 1988 after completing his PhD at University of California, Berkeley. Hill notes that “When I started [at UW], the following were non-existent or in niche use: world-wide web, laptops, broadband, and smartphones. Universities had no general email, course web pages, or social media presence. Companies like Amazon, Facebook, and Google could not exist.” He continues, “It has been a privilege to witness and modestly contribute to the last three decades of change by advancing computer hardware as the platform for information technology wizardry.”

Hill has described his work as being “all about problem solving.” He says, “People focus on the end of it, which is like finishing the puzzle, but really it’s the creative part of defining what the puzzle is. Then, it’s the satisfaction that you have created something new, something that has never existed before. It may be a small thing that’s not well known to everybody, but you know it’s new, and I just find great satisfaction in that.”1

“Mark was the consummate professor,” says Computer Architecture colleague Professor Guri Sohi. “His exceptional skills in crystallizing ideas and finding ways to explain them helped many people, from beginning undergraduates to advanced graduate students. He worked tirelessly, and with great discipline, to foster an environment where people could thrive and grow.”

Hill is part of the Computer Architecture research area (ranked #5 in the country according to CSrankings.com). Throughout his career at UW, he has focused on computer design and evaluation. Hill has contributed to parallel computer system design, memory system design, computer simulation, software, and deterministic replay and transactional memory. For example, he is the inventor of the widely-used 3C model of cache behavior (compulsory, capacity, and conflict misses) and co-inventor of the memory consistency model “sequential consistency for data-race-free programs” that serves as a foundation for the C++ and Java multi-threaded memory specifications. Hill’s research has been funded with tens of millions of dollars from about 50 grants and donations.

To date, Hill has:

Professor Emeritus David Wood, Hill’s close collaborator for nearly four decades, says, “Mark was a great colleague and an even better friend. He helped me, and nearly everyone he worked with, become a better researcher.”

Hill says that he has most enjoyed exposing freshman and sophomores to fundamental computer architecture ideas (such as “why base two?” and “how instructions and data are fungible”) in CS 252 and awakening parallel computer research potential in CS 757. He advised or co-advised 20 PhD graduates and has mentored many others. One student, who earned a PhD with another professor, wrote to Hill, “I especially admire your impact on turning students into colleagues. You are an inspiration to us all!”

Service both inside and outside UW has been extremely important to Hill. He served as the UW-Madison CS Department Chair from 2014 to 2017, often sporting a Wisconsin-red blazer and bow tie; nine new faculty were hired, the number of students grew dramatically, and the CS introductory curriculum went through a much-needed update under his leadership.

Outside the university, Hill’s most important service role was as executive committee member, vice-chair, and chair of the Computing Community Consortium (CCC), whose goals fit in well with Hill’s own: “to catalyze the computing research community and enable the pursuit of innovative, high-impact research,  . . . to strengthen the research community, articulate compelling research visions, and align those visions with pressing national and global challenges, [and to communicate] the importance of those visions to policymakers, government and industry stakeholders, the public, and the research community itself.”

In his 32.5ten years at UW-Madison, Hill has earned too many awards and been recognized for his achievements too many times to list them all here. His most important honor is the ACM-IEEE CS Eckert-Mauchly Award in 2019, the highest award in Computer Architecture. Hill was presented with this award “for seminal contributions to the fields of cache memories, memory consistency models, transactional memory, and simulation.”

Other impressive awards and honors are as follows: 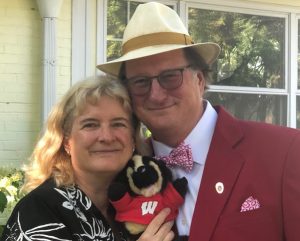 One final note: Hill has amused and inspired colleagues with talks and presentations at many events. “The Academic Genealogy of Mark Donald Hill” is one such example, in which he traces his academic lineage back through Copernicus and Erasmus. He was particularly proud to give a new version to each new PhD graduate that added their name as the next step forward.  A humorous example evokes the King James Bible. A more serious blog post gives good advice to (young) researchers.

“There is no way to replace a professor like Mark Hill. Fortunately, he leaves behind so many positives — through his research, his students, and the example he set as a teacher, a scholar, and friend — that the department, his community, and the field of Computer Science will continue to benefit for years to come,” said Professor Remzi Arpaci-Dusseau, current Chair of the Computer Sciences Department.

We wish Mark Hill happiness and satisfaction in the next phase of his life and look forward to what he will continue to bring to the field and to the community in his retirement. Congratulations, Mark!