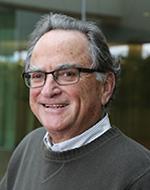 Livny is the John P. Morgridge Professor of Computer Sciences at UW-Madison. He is a faculty member in the department and Director of the Center for High Throughput Computing and the Lead Investigator of Computing Technologies at the Morgridge Institute for Research. He is also the Technical Director of the Open Science Grid and has been collaborating for more than three decades with researchers from a wide spectrum of science domains. Two of these collaborations – the Large Hadron Collider (LHC) experiments (Higgs boson particle) and the LIGO collaboration (gravitational waves) – were recently awarded Nobel prizes in physics (2013 and 2017 respectively).

With the Outstanding Technical Achievement Award, Livny is being recognized for his Influential Contributions of the Condor system to Distributed and High Throughput Computing.

Livny’s PhD work on Load Balancing Algorithms for Distributed Processing Systems laid the foundation for research in adaptive load sharing algorithms. It also provided the underpinning principles of sharing and local autonomy for the Condor system that was first deployed in 1985. The original Condor paper was published in the 1988 ICDCS proceedings and was awarded as one of the two ICDCS High Impact Papers in the 40-year anniversary of the conference in 2020 (see below).

Experience with the Condor system led him to pioneer the area of High Throughput Computing (HTC) in the mid 90’s. Livny has been promoting the adoption of HTC methodologies and technologies to advance scientific discovery ever since. The widely adopted HTCondor Software Suite embodies four decades of research, software development and experimental evaluation of distributed computing frameworks and technologies. The suite includes novel concepts like the ClassAd language, resource acquisition through Matchmaking, and on-the-fly deployment and configuration of software modules. The impact of his work is also reflected in the growing awareness of the role that HTC is playing in scientific discovery. The fabric of distributed HTC services offered by the Open Science Grid is a clear display of resource sharing and local autonomy translated into a powerful distributed research computing infrastructure.

“[This award is a] recognition of our approach to computer science research and the power of the principals that have been driving our work,” Livny said. “It is also an opportunity to tell the story of a sustained team effort that spans more than three decades.”*

The ICDCS High Impact Paper Award was selected from conference papers that have profoundly influenced the field of distributed systems over the last 40 years. Livny’s paper was cowritten with Michael J. Litzkow and Matt W. Mutka and entitled “Condor – A Hunter of Idle Workstations” (1988). These awards, to two high impact papers, were presented to celebrate the 40th anniversary of ICDCS.