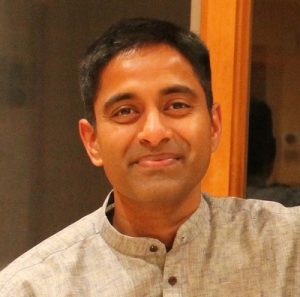 Computer Sciences Professor Aditya Akella has been chosen as a 2020 Finalist of the prestigious Blavatnik National Awards for Young Scientists. There were 305 nominations this year, and eleven were selected in the Physical Sciences and Engineering category. The Blavatnik Awards aim to support young scientists at a pivotal career juncture when money and visibility can catapult a scientist’s career, thereby accelerating the pace of scientific innovation and discovery for society at large, rather than recognizing lifetime achievement.

“The world has never needed scientists more than right now,” said Len Blavatnik, founder and chairman of Access Industries, head of the Blavatnik Family Foundation and member of the President’s Council of the New York Academy of Sciences. “In these challenging times, the work of these impressive young scientists offers us hope. Their research will lead to solutions—new inventions, discoveries, and ideas—that will endow society with the tools needed to surmount the difficult challenges our world currently is faced with. We are very proud to honor them.”

Akella was selected as a finalist for developing technologies that push the frontiers of the software and hardware design of modern datacenters where many of today’s key applications run. Akella’s work addresses fundamental challenges in datacenter networks and analytics, dramatically improving the speed and efficiency of datacenters, while also enhancing the performance and reliability of typically bug-prone datacenter networks. By addressing basic  challenges in datacenter design, Akella’s research will also have a continued deep impact on issues of societal importance, such as health care, climate modeling, national security, drug discovery, and many others.

In addition to being a Blavatnik Finalist, Akella has been awarded a  H. I. Romnes Faculty Fellowship, the ACM SIGCOMM Rising Star Award and was twice selected as the UW-Madison SACM Student Choice Professor of the Year. He leads the Wisconsin Internet and Systems Research (WISR) Lab and is one of the Principal Investigators leading CloudLab.