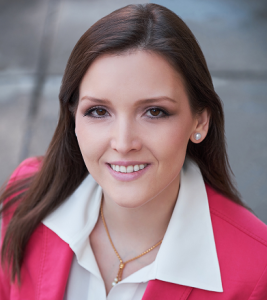 Jelena Diakonikolas joins the UW-Madison Department of Computer Sciences from a postdoctoral position at UC Berkeley’s TRIPODS Institute for Foundations of Data Analysis. Diakonikolas works on optimization theory, specifically “the theory and design of optimization algorithms for large-scale problems.” Of her first visit to Madison when she interviewed here, she says she  “almost could not believe how easy and intellectually stimulating it was to have discussions with faculty, not only from optimization and machine learning, but also from programming languages, robotics, and systems groups.” Diakonikolas is continuing her research at UW: “Fast, scalable, and robust optimization algorithms are one of the main enablers of data science applications, which is expected to be among the main drivers of economic development in Wisconsin and in the rest of the world.”

Hometown: Born in Sombor, Serbia. Grew up in Kraljevo, Serbia.

Educational/professional background: Undergrad in electrical engineering and computing (with major in telecommunications and microwave engineering) from School of Electrical Engineering, University of Belgrade, in 2011. PhD in electrical engineering (resource allocation in wireless networks) from Columbia University in 2016. Changed the research area to optimization theory and algorithms after graduating with a PhD and then held two postdoctoral positions. The first one was at Boston University with Lorenzo Orecchia 2016-2018, spending one semester in 2017 at the Simons Institute for the Theory of Computing (UC Berkeley) for the program on Bridging Continuous and Discrete Optimization. The second postdoctoral position was at UC Berkeley’s newly formed TRIPODS Institute for Foundations of Data Analysis. (UW-Madison also has a TRIPODS Institute IFDS led by Steve Wright.) I was there from Fall 2018 and until I started the faculty position in Madison this spring. During the first semester in Berkeley (Fall 2018), I was also a (Microsoft) Research Fellow at the Simons Institute for the Theory of Computing, for the program on Foundations of Data Science. While in Berkeley, I primarily worked with Michael I. Jordan, but I also worked in part with Peter L. Bartlett.

How did you get into your field of research? During my first semester at Columbia, I took an “Analysis of Algorithms” class and realized that algorithms are my true passion and what drove me to computer science and engineering in the first place. Another thing that became clear is what drove me away from the computer engineering major in my undergrad — I was really interested in algorithms, not in software engineering that most of the coursework focused on. As I was in the Wireless and Mobile Networking group at Columbia (PhD advisor Gil Zussman), I decided that I would focus on more algorithmic aspects of problems in wireless networks (hence, my thesis was on resource allocation in wireless networks). I later was co-advised by Cliff Stein, with whom I took a number of algorithms courses. One of the problems I worked on had connections to optimization and was related to the research of Lorenzo Orecchia (now at U. Chicago). I met Lorenzo at a conference in 2015, we discussed some research questions, and I decided to completely switch my area to optimization algorithms and join him as a postdoc at Boston University in 2016. This is perhaps the best professional decision I have made in the past 10 years, as I truly enjoy doing research in optimization.

Could you please describe your area of focus? My primary research area is the theory and design of optimization algorithms for large-scale problems. I try to observe patterns and look for intuitive explanations for why some algorithms work. In some cases, this leads to new mathematical techniques for their analysis. The next step is then to look for the hidden structure in different optimization problems and leverage the developed mathematical techniques to come up with algorithms that are faster, more stable, or more broadly applicable than the ones from the existing literature. I am particularly interested in optimization problems that are motivated by applications in data science.

What attracted you to UW-Madison? I met Steve Wright while we were both visiting the Simons Institute for the Theory of Computing (UC Berkeley) for the program on Bridging Continuous and Discrete Optimization in Fall 2017. We discussed quite a bit during that semester, and he encouraged me to apply to UW-Madison. I knew that the CS department at UW-Madison was very strong and that it had an optimization group (which is quite rare for CS departments!), but I had never visited it (or Madison) prior to my interview. I had a great interview experience and was quite impressed by the scientific depth and collegiality of the faculty at UW-Madison. I almost could not believe how easy and intellectually stimulating it was to have discussions with faculty, not only from optimization and machine learning, but also from programming languages, robotics, and systems groups.

What’s one thing you hope students who take a class with you will come away with? Confidence and competence to take on challenging optimization problems.

Do you feel your work relates in any way to the Wisconsin Idea? Optimization underlies almost everything we do. Fast, scalable, and robust optimization algorithms are one of the main enablers of data science applications, which is expected to be among the main drivers of economic development in Wisconsin and in the rest of the world.

What are you looking forward to doing or experiencing in Madison? Summer evenings at Monona Terrace and long walks around Madison lakes.

Hobbies/other interests: These days mainly cooking, but I am hoping to return to volleyball, yoga, and some arts & crafts projects.

What course(s) are you teaching this year? Anything in particular you’re looking forward to regarding teaching? CS/Math/Stat/ISyE 726: Nonlinear Optimization I. I like it very much when students ask good questions; it shows that they are actively thinking and absorbing the material. So far I have been quite pleasantly surprised by the group of students I have in my class.

What first interested you about CS? About your specific field within CS? I was in a specialized math high school program for gifted students in Serbia. Apart from math, we had many classes in computer science. I did very well in those classes and enjoyed them profoundly. They were thought from a “thinking” perspective: figuring out how and why things worked was the part that I enjoyed the most. I still remember the excitement when I finally understood recursion after we drew a branching process in a Prolog class. Or when I figured out how to implement a backtracking algorithm in C++ for performing simple arithmetic operations on decimal digits to construct an output solution with a specified value.

Apart from computer science, I also enjoyed physics, which led me to choosing an undergraduate program in electrical engineering. In undergrad, there was little to learn from the CS classes in the first year and I did not like the way those classes were taught — I was missing the algorithmic side of things, which is why I chose a different major. I only rediscovered my passion during my PhD and eventually converged [pun intended] to continuous optimization algorithms, which, interestingly, close the entire loop as they have connections to physics. Those connections to physics are actually part of my recent research.