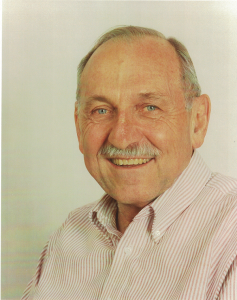 We are sad to report that Olvi L. Mangasarian, the John von Neumann Professor Emeritus of Mathematics and Computer Sciences at the University of Wisconsin–Madison, passed away on March 15 from complications from a fall and subsequent stroke. He was a pioneer, a leader, and an icon in the field of mathematical programming. With more than 50 years of fundamental contributions to all aspects of continuous optimization ranging from abstract theory to practical applications, Professor Mangasarian’s broad research impacted generations of applied mathematicians and engineers, opened new domains of opportunities for researchers, created excitement in applied subjects, inspired numerous young minds, and provided the impetus for the sustained advancement of the field. His dedicated service over four decades to the Computer Sciences Department at Wisconsin and the broad applied mathematics community truly exemplified the spirit and mission of a great academic.

Olvi’s prominent research journey began with a seminal paper on linear and nonlinear separation of patterns by linear programming published in 1965 that provided the foundation of the mathematical programming approach to data mining and knowledge discovery. In the early 1990s, he again took up his interests from these early days as a researcher, garnering a great following and cementing the fundamental role of optimization in the important applied domain of data science. As computing capabilities improved, this work evolved into methods for classification of data, which he put to use in a practical way for determining whether breast tissue samples obtained through biopsy were cancerous. Further developed with collaborators, this effort produced a decision support system that proved to have nearly 100% accuracy and which was subsequently put into use in clinical practice.

Since the beginning, Olvi was a central figure in continuous optimization. Perhaps his best-known contribution, the ground-breaking Mangasarian-Fromovitz constraint qualification (MFCQ) for nonlinear programming published in 1967, lies at the heart of the entire field of constrained optimization. In fact, since that time people have found that extended versions of the MFCQ are applicable also in infinite-dimensional spaces, and that the MFCQ is precisely the right condition to guarantee metric regularity, a form of regular behavior of the feasible set under deformations of the constraints. The MFCQ was the right solution to a difficult problem, and it made possible many subsequent advances in nonlinear programming.

These two pioneering articles were followed by the publication in 1969 of the classic monograph Nonlinear Programming, which was appropriately reproduced in 1994 as the 10th volume in the series “SIAM Classics in Applied Mathematics.” This book remains an invaluable textbook for students and a basic reference for expert researchers. Throughout his career, Olvi obtained numerous fundamental results, most notably in the areas of linear and nonlinear programming, complementarity problems, and variational inequalities. Outstanding characteristics of his results are their elegance, their enormous impact, and their foundational role in many subsequent extensions.

Olvi was truly an inspirational person and will be sadly missed by the department he helped shape over many years of service and by the whole optimization community.