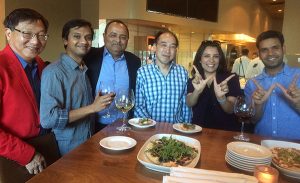 Computer Sciences alumni have two local alumni clubs: one in the Silicon Valley/ San Francisco Bay area, and one in Madison.

Club leaders organize a range of events that give alumni a chance to socialize, network, learn about new technical topics and more.

The Madison club, formed in 2017, has organized a casual get-together at the Memorial Union Terrace and a tour of local tech giant Epic followed by happy hour at a pub.

This group is inspired by Bay Area Badgers Forum to network Badgers in entrepreneurialism.  Read more about the group here.