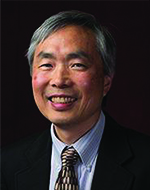 Jin-Yi Cai, a professor in Computer Sciences Department, was selected as a 2023 Fellow of the American Mathematical Society (AMS) for “contributions to computational complexity theory, especially in the areas of complexity dichotomy.”

AMS Fellows are chosen annually in recognition of their outstanding contributions to the creation, exposition, advancement, communication, and utilization of mathematics.

“I am very honored by this selection, especially coming from such a venerable professional society outside of computer science,” Cai said.

Cai received his PhD in Computer Science from Cornell University in 1986. He is the Steenbock Professor of Mathematical Sciences at UW-Madison, a campus chair supported by an endowment in honor of Harry Steenbock, emeritus professor of Biochemistry. He was a Guggenheim Fellow in 1998, and was elected an ACM Fellow in 2001, and a Foreign Member of Academia Europaea in 2017. His work has been recognized by the Fulkerson Prize in Discrete Mathematics and the Gödel Prize in Theoretical Computer Science.