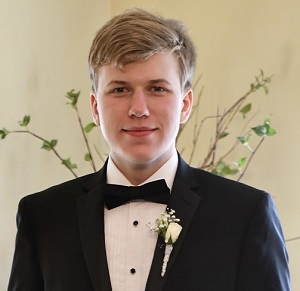 What made you decide to double major in these two areas and how do they work together?

I originally decided to major in Computer Science because I really enjoyed writing computer programs that can do in millionths of a second what would take humans hours or even days to do on their own. I was later introduced to linguistics and decided to double major in it because of how fascinating I found studying and modeling human language to be. The two majors synergize well because the majority of linguistics is about studying and finding patterns in data and computer science can help do that faster than any human ever could. Dual majoring has been hard but incredibly enjoyable and doable. I do not think I would have enjoyed college even half as much as I have if not for the fact that I have been able to equally pursue two areas of study that both greatly interest me.

Do you have plans for after graduation? Do you think your majors will work together in the professional world, and, if so, how?

I hope to go to graduate school and get a doctorate in both Computer Science and Linguistics. I think they will work together rather well in the professional world as I hope to use them in the realm of Artificial Intelligence to help create automated voice systems like Apple’s Siri and Amazon’s Alexa using my coding knowledge from Computer Science and my language modeling knowledge from Linguistics.