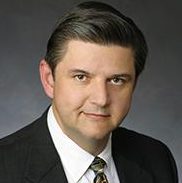 Dale R. Smith, Executive Vice President, is the Manager of U.S. Bank Trust Technology & Support Services headquartered in Milwaukee, Wisconsin. Smith began his career with Firstar Information Services in 1982, progressing through systems analyst and project manager roles before being named Team Manager for Time Deposit & Government Reporting Systems in 1988. In 1991, he was named Manager of Automation Customer Services supporting banking systems outsourcing to more than 900 correspondent banks. He joined Firstar Corporation in 1995 as a consultant to the Firstar Forward corporate restructuring project, remaining with the Implementation Team until 1997. He joined Firstar Trust Company in April 1997 as Director of Technology and was elected to the Board of Directors. In October 1997, he assumed responsibility for the Trust Support Services division which provided operational support to the Trust, Custody, Brokerage and Treasury businesses. He managed the Star/Firstar, Firstar/Mercantile, and Firstar/U.S. Bank acquisitions for Trust. Following the acquisition of U.S. Bank in October 2001, Smith was named Executive Vice President of U.S. Bancorp and Manager of Trust Technology & Support Services for U.S. Bank. He has since managed the conversions of the Corporate Trust acquisitions from State Street, National City Bank, Wachovia Bank, SunTrust, LaSalle Bank and Bank of America. He is a member of U.S. Bank’s Leadership Group, Trust Risk Management Committee, and Information Security Steering Committee. He earned Bachelor of Science degrees with Distinction in Computer Science and History from the University of Wisconsin-Madison in 1982, having been elected Phi Beta Kappa during his junior year in 1981. He was elected to the Iron Cross Society in 1981. He has held the designation of Certified Trust Operations Professional (CSOP) since 2001. He has lectured on technology, operations and risk management to associations including the American Bankers Association, the Office of the Comptroller of the Currency, and the Financial Services Technology Network. Smith serves as Chairman Emeritus of the Board of Directors for the American Heart Association of Southeastern Wisconsin, a Director for the Academy of Information Technology within the Milwaukee Public Schools, and member of The Depository Trust & Clearing Corporation Operations Advisory Committee. He previously served as Director-At-Large and President of the Board of Directors of the Financial Services Technology Network. He and his wife, Allison, reside in Jackson, Wisconsin.