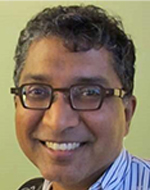 Raghu Ramakrishnan is CTO for Data, and a Technical Fellow at Microsoft since 2012. From 1987 to 2006, he was a professor at University of Wisconsin-Madison, where he wrote the widely used text “Database Management Systems”.  In 1999, he founded QUIQ, a company powering crowd-sourced question-answering as a cloud service. He joined Yahoo! in 2006 as a Yahoo! Fellow and served as Chief Scientist for the portal, cloud, and search divisions. Ramakrishnan has received several awards, including the ACM SIGMOD Edgar F. Codd Innovations Award, the ACM SIGKDD Innovations Award, the ACM SIGMOD Contributions Award, 10-year Test-of-Time Awards from the ACM SIGMOD, ACM SOCC, ICDT and VLDB conferences, the IIT Madras Distinguished Alumnus Award, the NSF Presidential Young Investigator Award, and the Packard Fellowship in Science and Engineering. He is a Fellow of the ACM and IEEE and has served as Chair of ACM SIGMOD.