Investor and Past Chair, Computer Sciences Board of Visitors (2012-15) 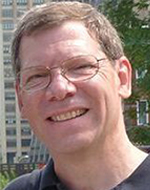 Matt Korn is an industry veteran with over 35 years of experience building and operating critical portions of the Internet for consumers, businesses, government and academia. From 1993 to 2006, Korn served as Executive Vice President, Network and Data Center Operations at America Online, with responsibility for the operation of the network and systems that supported AOL’s interactive media products. Korn led the scaling of AOL service operations from 2,000 concurrent users to more than 3.3 million concurrent users. He recruited and managed a staff of over 1,200 network engineers and programmers worldwide who managed the data centers, systems and network operations underlying AOL, CompuServe, AIM, ICQ, AOL.com, Netscape and MapQuest, as well as most of the Time Warner web properties. Korn attended the Bronx High School of Science. He earned a bachelor of arts in computer science at Yale University in 1980. He began his career at the IBM Thomas J. Watson Research Center as a systems engineer and was awarded an IBM Resident Study Fellowship in 1982 to pursue a graduate education in the Department of Computer Sciences at the University of Wisconsin-Madison. In addition to his dissertation research in 3-D computer vision, Korn also became heavily involved in the development of early Internet e-mail systems. Korn was awarded a master of science degree in 1984. Korn returned to the IBM Research Division in 1987 and held a variety of management positions in which he was responsible for the development and operations of NSFnet, which was the major U.S. Internet backbone. In 1992, he was elected to the Board of Trustees of CREN, the not-for-profit Corporation for Research and Educational Networking, which operated the national BITNET network. Korn was pleased to return to the University of Wisconsin in 2005 as a Distinguished Fellow of the E-Business Institute. In 2006, he was invited to join the newly formed Board of Visitors of the Computer Sciences department, and is enjoying the opportunity to reconnect with faculty, alumni, and to meet with new students. Korn lives in the northern Virginia suburbs of Washington, D.C. with his wife, Cindy, and their amazing rescue puppy (their 3 children are all out of the nest!). Cindy received a Ph.D. in Molecular Biology from the University of Wisconsin-Madison in 1987.

Why I love Wisconsin CS:

Education both IN and OUT of the classroom shaped my thinking on high-speed networking, super-large data centers and massively parallel applications — the perfect background to go off and build a huge part of the Internet!